How I Give Back… 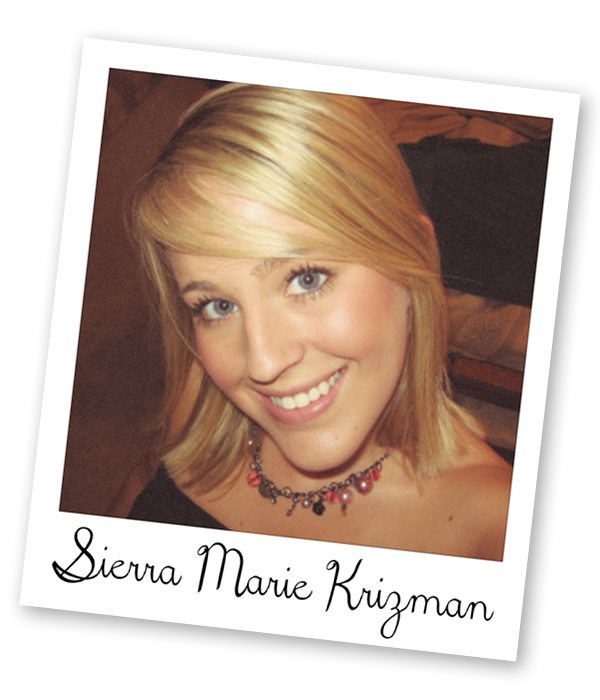 Sierra lost her life to bacterial meningitis at the young age of 20.

Bacterial meningitis is a hard disease to detect as it often disguises itself as the common flu. The tragedy at the center of this story is also what has inspired thousands of people to action. The word is spreading, as people are made aware that bacterial meningitis is vaccine preventable. Had my dear friend’s family known just how deadly this disease can be, they would have moved heaven and earth to get their beautiful little girl vaccinated. No parent should have to ever bury their child… it is by far the deepest pain to experience and many families who have gone through such a loss will bare witness at the true test it put on their faith.

Sherrell and I went to high school together. We were good friends who have become closer the more time has allowed us to grow up. As an only child myself, I was a fond witness of the very close relationship that my friend had with her little sister, Sierra. To say that they were best friends would be a bit of an understatement. God bonded these sisters with something so much deeper. Their entire family was so picture perfect… inspiring to that young girl I was at the time.

When darkness struck on that beautiful spring day, our town was shaken and united as we stood behind the Krizman family in their search for answers as to why Sierra, only 20 years old, struggled to survive. What this family thought was the flu was actually bacterial meningitis that went misdiagnosed by medical personnel. They were losing their baby girl by the minute and no one could answer as to why. In her father’s memoir he notes, “Things were happening so fast, our world was spinning out of control.”

Within 24 hours, Sierra Marie Krizman lost her battle with bacterial meningitis. Even at the time of her death, the question as to why such a healthy, young, vibrant girl would lose her life so quickly went unanswered.

“Meningitis is a disease that strikes with little warning and takes on the symptoms of a flu bug, stiff neck, sore throat and headache are what it hides behind before it kills or cripples you. If caught and treated within the first 12 to 24 hours, the effects can range from nothing to long and short term neurological problems, amputation of limbs or death. It can be contracted numerous ways: sharing a beverage, lipstick, food or any casual contact with a carrier. The disease is most prevalent in the 11 to 22 year old population. We were never warned of the disease or the seriousness to young people especially in places where there are high volumes of kids in these age ranges like high schools and colleges. The university Sierra attended does not make the vaccination mandatory so we were never privileged to information regarding the disease.” – Jon Krizman, Sierra’s father.

In the years following, the Krizman family has once again united their community with Sierra’s Race, a 5K race in Loveland, CO. The money raised with this event and other donations go directly toward giving FREE meningitis vaccines and education seminars at schools throughout Colorado. Since the Krizman family has shared their story, awareness of bacterial meningitis is spreading and thousands of peoples’ lives have been saved with just a simple vaccine. 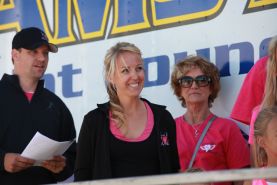 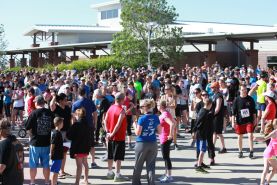 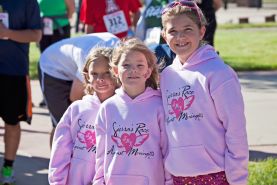 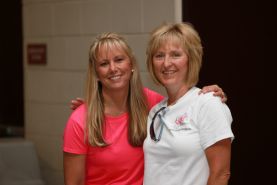 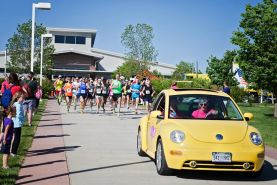 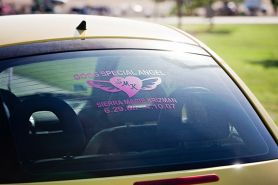 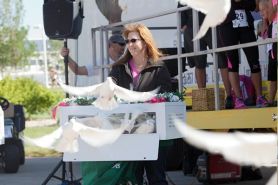 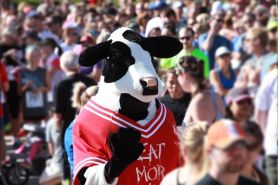 Sierra’s Race is close to my heart… I felt prompted to do something to help, but I was unsure as to what I could offer that would make the most impact. What hinders people the most from using their God-given talent is the lie that it won’t make a difference. So it became a thought in the back of my mind. My “creative process” usually is lead by my heart, but I have to give it to God for the pathway to execute it.

Days later, I was showering, looking through the drips of water on the glass pane at my 3-month old boy sleeping in his rocker. There slept my heart, my baby… my mind immediately began thinking of the Krizman family. In the wake of their biggest nightmare, arose within them such a strong faith and purpose to bring awareness to their community. I thought about Sherrell and her quest to preserve the memory of her beloved sister within the hearts of her children. They did not get the time they should have had with their aunt, and I knew as Sherrell’s friend, that this reality was one of the harder ones for her to face.

Suddenly, it was as if my heart heard purpose, it became clear as to how I could help… I would write a children’s book and ALL proceeds would go to Sierra’s Race. I was “just a designer”, not an author… but when your heart moves you to action– you follow it! I was still wrapped in my towel, hair soaking wet as I began to frantically type this “children’s book” out on my laptop. The words just flowed… and flowed… and flowed. To be honest, I was just typing without really thinking about all the things an author should think about: plot, characters, the moral of the story, etc.

My son was still sleeping when I added the last sentence. I read through this story that God had given me and tears filled my eyes. It was a beautiful illustration of courage, inspiration, faith and hope. When I finally got out of my own way, God was able to use a gift within me to be a blessing. Very little editing was done, the story was complete. 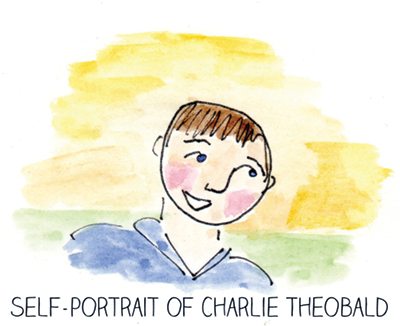 A few days later, I was pushing my stroller through Old Town Fort Collins when I decided to hop inside The Clothes Pony for a quick look around. This store has everything a young mama could possibly adore for her little one(s). Upon checkout, my eye was drawn to a little greeting card with a simple illustration on the front. I was prompted to ask… “Oh, that’s our little Charlie!” the clerk praised. Charlie Theobald, just 15 years old at the time, had the gifting of a seasoned illustrator. I fell in love with this simple little watercolor illustration and I had to get a hold of this young man! I asked the clerk to pass on my information in the hopes that we could work together in publishing a children’s book for a non-profit.

It wasn’t even 24 hours and Charlie and I were moving forward with this project. I pretty much just sent him the copy and gave him creative freedom to develop these characters. In my experience, when you let creative people be creative you get the best results! In the free time he had between exams, Charlie worked on illustrations for my book, Sierra’s Adventures. In a few weeks time he was ready to present what he had come up with. His mom expressed that he was quite nervous… this was a big undertaking for this young man. 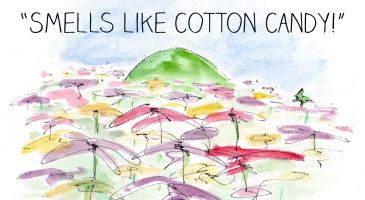 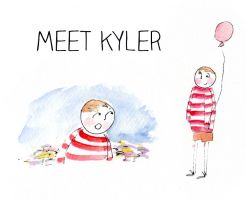 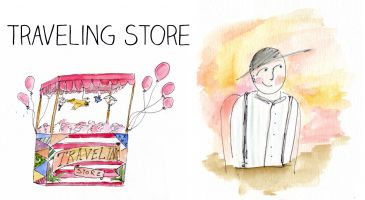 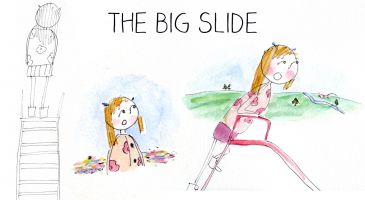 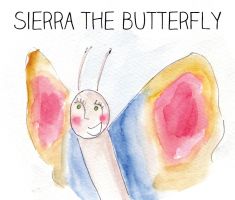 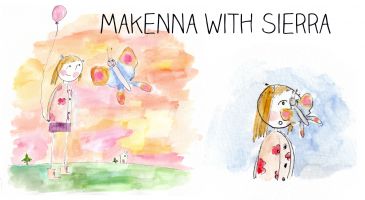 I was beyond thrilled! I knew that I could use most every single illustration he had presented. I left that meeting will a portfolio full of Charlie’s work and a mission to get these scanned in so I could start production!

Even as I began laying out this book, the Krizman family had no idea that I was “conspiring to bless them”. They were in the process of planning the next 5K Sierra’s Race and so their time was stretched as it was.

I used Photoshop to lay out each page. I cloned, separated, married and reworked the illustrations to fit within the layout of the book. Charlie had given me enough variations of each character that I had a lot to work with in laying out my book.

Once the designs were completed in Photoshop, I transferred the layouts to InDesign and began to add the copy. InDesign is nice because you can make global changes to fonts, styles and alignments. Exporting is also a fairly simple process as one can customize printer specifications and save as required.

I purchased the first few books through Blurb.com. They deliver high-quality, hardcover photobooks in small quantities… just what I needed to have something to surprise the Krizman family!

Just about 4 months after the desire to help arose in my heart, I was holding my first children’s book—the tool that could be used to help Sierra’s Race raise money for the FREE vaccination clinics that they offer! 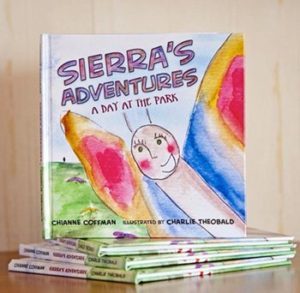 Sierra’s Adventures on Sale now! All proceeds go to Sierra’s Race Against Meningitis.

If you are inspired with this testimony of struggle, courage, faith and purpose YOU TOO can help by purchasing my book, Sierra’s Adventures! This book delivers an encouraging message of faith in a light-hearted message delivered by two children and their butterfly friend. They make great baby shower gifts and are also a welcomed addition to your child’s book collection!

If you would like more information on the Krizman family, bacterial meningitis or Sierra’s Race I would encourage you to check out their website.

Save lives. Get vaccinated.

Chy Creative is different than any other photography business around, because I specialize in creating large custom artwork for my clients. This is not just a photo session, but a full boutique experience that keeps my clients smiling every time they see their art piece! 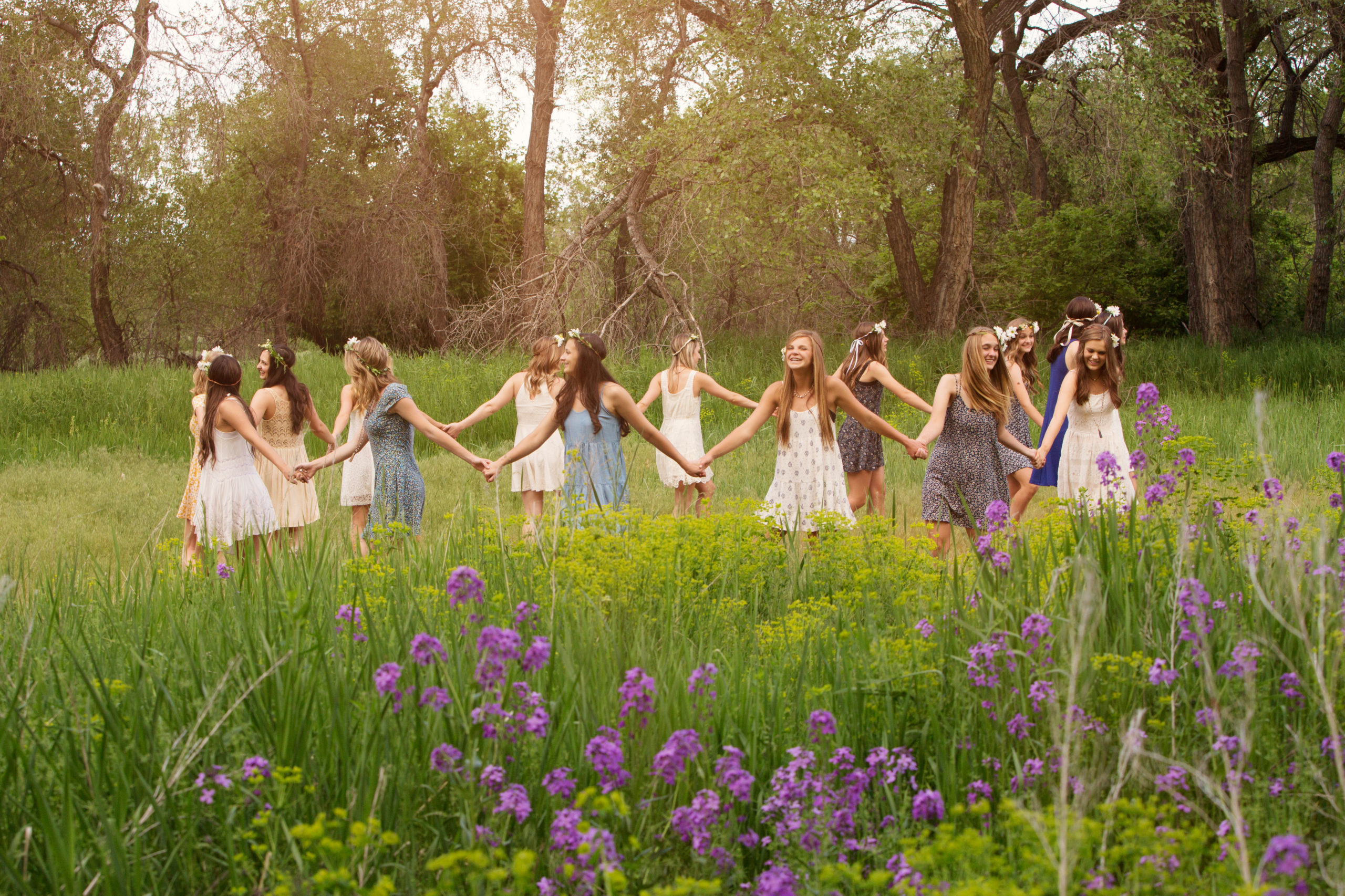 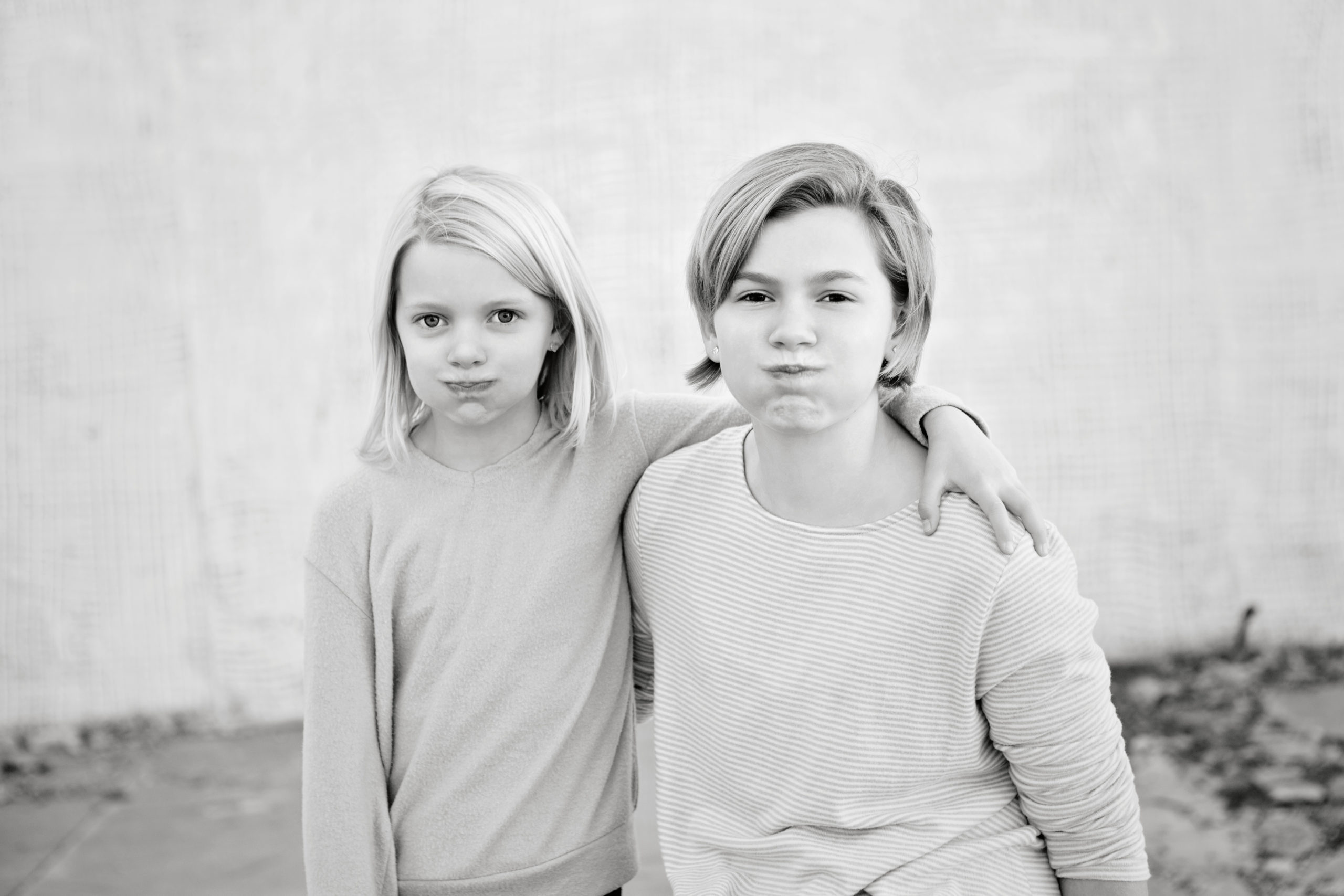 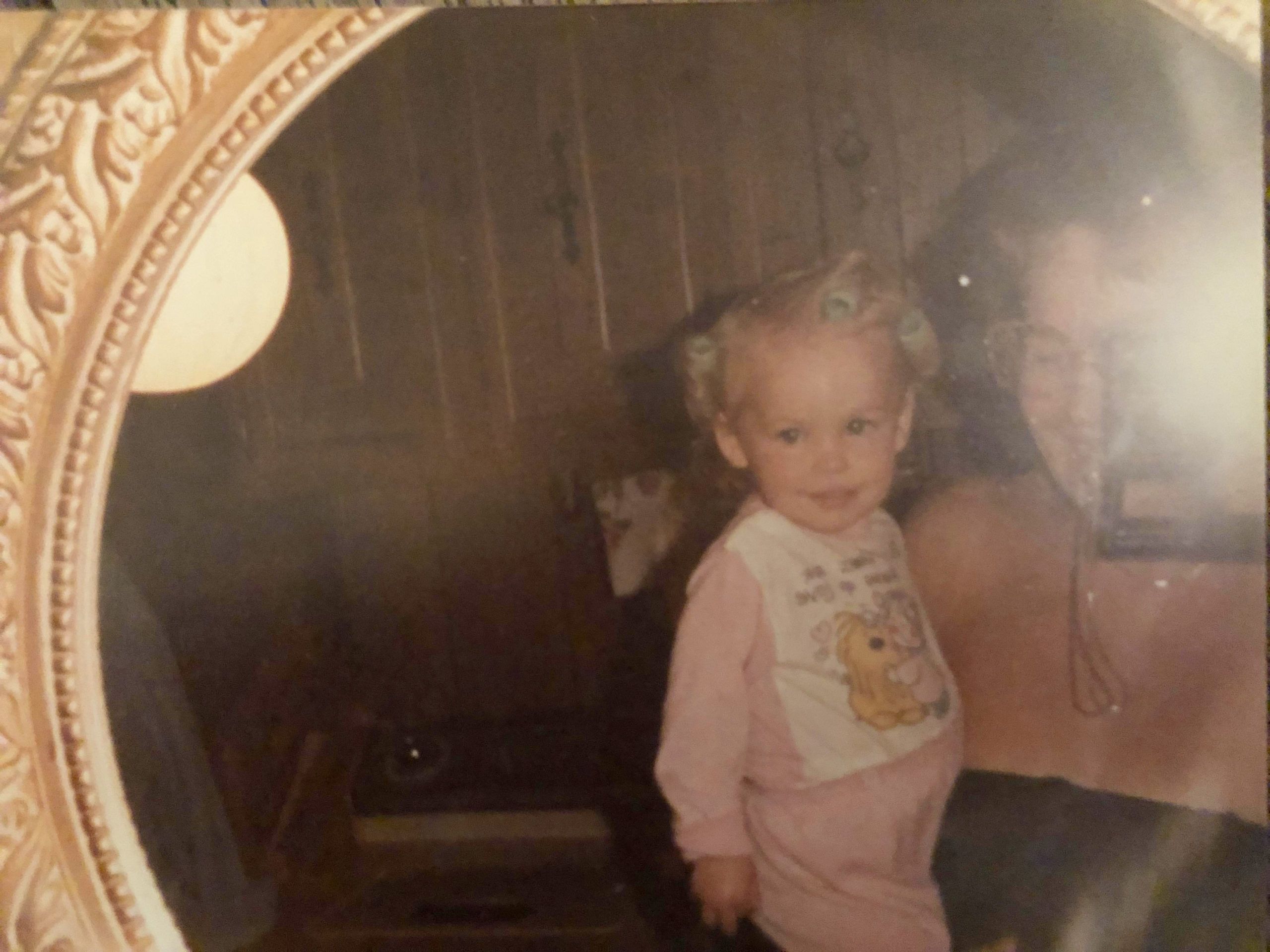 30 3
13 1
Open
Mamas have been taking on added responsibilities..